Baseball fans have been pretty spoiled in recent memory. Since 2013, only twice has the World Series not been decided in by a Game 7. Tonight’s ultimatum between the Houston Astros and Washington Nationals is the fourth time in six years that each team entered the penultimate match-up tied at three games apiece.

At first glance, you’d assume this game is going to follow a script more similar to the 2014 rendition between the Kansas City Royals and San Francisco Giants than the 2017 slugfest between Chicago and Cleveland. It’s the first time two former Cy Young winners have been tabbed as the starters of Game 7 in the World Series, so, naturally, one would assume the total will stay modest.

Go ahead and pump the breaks, though. With the way these teams have beaten up on each other, this game looks primed to go down as a back-and-forth, instant classic.

Let’s get into why.

Need help filling out your daily fantasy lineup? Then click here to check out our top MLB DFS picks for tonight’s postseason action. 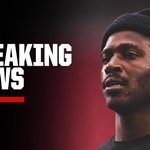 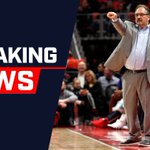