Well, we are almost done with Week 5, and after the Chiefs were upset by a banged-up Indianapolis squad, there are only two undefeated teams remaining in the NFL. Of course, one of those teams is the New England Patriots, but I doubt that surprises anyone. The other unbeaten team might actually turn some heads. It’s the San Francisco 49ers under offensive head coach Kyle Shanahan and led by playboy QB Jimmy Garoppolo. They are 3-0 and coming off their bye to face the surging Cleveland Browns.

The Browns are coming off their most impressive performance of the season, as they took down Lamar Jackson and the Ravens in a crucial divisional matchup, while putting up 40 points in the process. Cleveland was many people’s choice to win the AFC North prior to the 2019 season, and after four weeks, they were actually in first place.

Freddie Kitchens has taken some time to get acclimated to running an NFL organization and calling plays for a team with high expectations and a ton of mouths to feed. With that being said, all the pieces are in order to make a playoff push in Cleveland. It’s just a matter of fulfilling their potential at this point.

As for the Niners, they are coming off their bye week, which might be beneficial for this game; however, a Week 4 bye week must absolutely blow. San Francisco was on a roll, winning three-straight out the gate, and their momentum gets halted by a bye week that occurs before many players are even ailing yet. Bye weeks are to allow players some extra rest and rehab time to recover from a grueling season. They haven’t even played a quarter of their games, and that luxurious bye week has already come and gone.

Nevertheless, we have a good matchup in store for us tonight on Monday Night Football. Check out my best bets of evening for Week 5’s showdown between the 49ers and Browns.

Click to Page 2 for my favorite spread bet of the night. 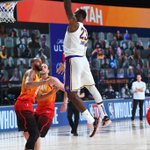 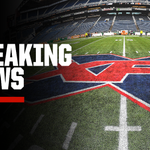 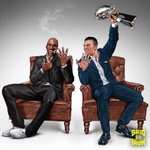