There is some really exciting domestic soccer action going on across Europe this weekend, headlined by the Madrid Derby between Atletico Madrid and Real Madrid in a La Liga showdown on Saturday. From Eden Hazard to Diego Costa, we have all the insight you need for the highly anticipated contest in Spain. In addition, we have two more matches to look out for during this weekend’s slate. Continue reading for the best bets for September 28-30.

There will be fireworks when Atletico Madrid and Real Madrid face each other at Estadio Wanda Metropolitano on day 7 of the new La Liga campaign. Diego Simeone’s men are determined to regain the La Liga title, and we predict that they will fight tooth and nail in the Madrid derby on Saturday evening. Zinedine Zidane, on the other hand, rested several first-team regulars in a 2-0 win over Osasuna, and both Eden Hazard and Karim Benzema are likely to be recalled to the starting XI.

Atletico Madrid got back to winning ways last time out with a 2-0 victory against newly promoted Real Mallorca. Diego Simeone’s side has also sured up their defense after disappointing showings against both Real Sociedad and Juventus. Real Madrid bounced back from their defeat to PSG with two victories, keeping consecutive clean sheets in wins over Sevilla and Osasuna.

Page 2: Serie A Showdown in Milan 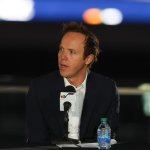